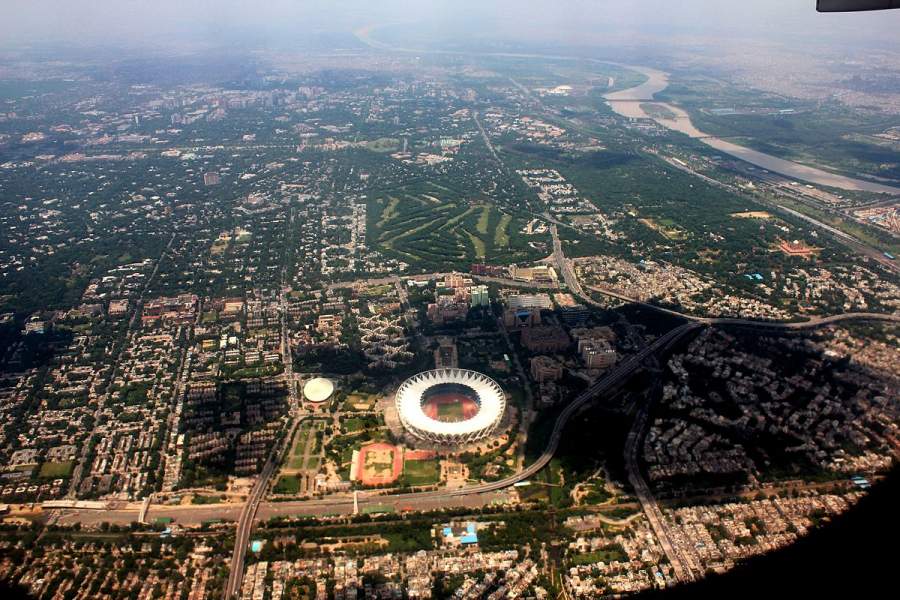 Despite being hit by the overall slowdown in the real estate market and seeing price corrections up to 10% in most areas, Delhi-NCR continues to be attractive to end-users and investors. Being the national capital, Delhi attracts migrants from all across the country.

In fact, as per the Economic Survey of 2017, Delhi, Noida, Greater Noida and Gurugram saw the maximum influx of migrants between 2001 and 2011. Obviously, there is a dire need to fulfil the housing needs of these migrants.

As per ANAROCK data, the housing supply in Delhi over the last two years has been fairly low as compared to its counterparts – Gurugram and Noida. This is essentially due to demand-supply mismatch; there is massive demand for affordable housing in the city, while property prices in most pockets of the city have skyrocketed.

Consequently, the pockets that offer affordable or mid-segment projects have been performing relatively better than the expensive ones – such as Greater Kailash II, Panchsheel Park and South Extension II, to name a few.

In 2018 as well, it is the affordable micro-markets which are driving real estate growth in the city. Besides affordable prices, improved metro connectivity in these areas will also attract prospective home buyers.

Strategically located between Dwarka, Gurugram and IGI airport, L-Zone is among Delhi-NCR’s most preferred property hotspot in 2018. Proposed to be developed as a Smart City, the area will have all modern facilities including solar power stations, rainwater harvesting and camera surveillance – all very much needs of the hour in Delhi.

In fact, as per ANAROCK data, nearly 2,050 units have been launched in the L-Zone over the past two years, with the maximum supply being in the mid-range segment (Rs. 40 – 80 lakh), followed by the affordable segment (< Rs. 40 lakh). The weighted average price of properties here is Rs. 3,454/sq. ft.

The monthly rentals for a 1BHK are as low as Rs. 5,000, thereby luring several existing homeowners to redevelop their old standalone properties and build more floors for good rental returns.

Another factor driving real estate growth here is its easy connectivity to all major areas, including Dwarka, Vikaspuri, and IGI airport via the multi-nodal transport system. The combination of affordability and accessibility makes Uttam Nagar a good option for those looking to invest in Delhi-NCR.

Home to two metro stations, Rohini in north-west Delhi continues to be a popular housing destination for end-users and investors alike. The locality boasts of excellent connectivity to other major areas via metro.

Additionally, its proximity to the Bawana Industrial Area has triggered developments along Rohini’s Phases 4 and 5. Capital values range anywhere between Rs. 7,300-12,500/sq. ft., which is far cheaper than several other localities in the vicinity.

Despite traffic and woes, rising pollution level and safety concerns, people still find Delhi to be a favourable place to live in because of the ample job opportunities it offers. However, neighbouring Gurugram has not lost its magnetism, either.

An on-ground check post recent infrastructure developments like flyovers, underpasses, etc. reveal that quite a few localities in and around the Millennium City are expected to gain real estate momentum.

Significantly, the state government’s move to reduce the circle rates in most localities in 2017 has made it easier for developers to gradually clear their unsold ready-to-move-in stock in Gurugram.

Let’s examine which micro-markets are witnessing maximum activity in 2018:

AKA ‘South Gurugram,’ Sohna has found favour among affordable housing seekers due to its proximity to various office and industrial hubs.

Backed by well-planned infrastructure, Sohna saw the most real estate activity in Gurugram from January 2017 onward, with a fresh housing supply infusion of almost 4,600 units.

ANAROCK data further reveals that out of the overall supply, close to 2,350 units will be ready for possession in the next couple of years as developers are taking RERA’s stringent penalties with regards to delivery delays quite seriously. The weighted average price of residential properties during this period has been Rs 4,370 per sq. ft.

All the projects in question are fairly large with over 500 units, which means that their final completion can be pegged to within a timeframe of 3 years or more.

A preferred locality for both office and housing developments, Sector 68 continues to be attractive to developers, end-users and investors. Sound social infrastructure and good connectivity via the Golf Course Extension Road and NH 248A have added advantages for Sector 68.

ANAROCK data indicates that this micro-market saw the launch of close to 1,500 housing units from January 2017 till date, with their completion pegged at within 2-3 years. With the weighted average price here being Rs. 4,090/sq. ft., its affordability factor makes Sector 68 score quite well over other localities.

With the dust of new policies like RERA and GST finally settling, 2018 is definitely seeing Gurugram’s realty market heading northward.

Among many other factors, the increased economic activity of 2017 and a number of key infrastructure upgrades such as the widening of NH 8, expansion of Sohna Road and rapid metro connectivity have served the city’s realty market well.

As it always is, infrastructure development has been a key market driver for Gurugram and has convincingly vouchsafed its future growth potential.

The Low-Down On Compact Homes In Mumbai