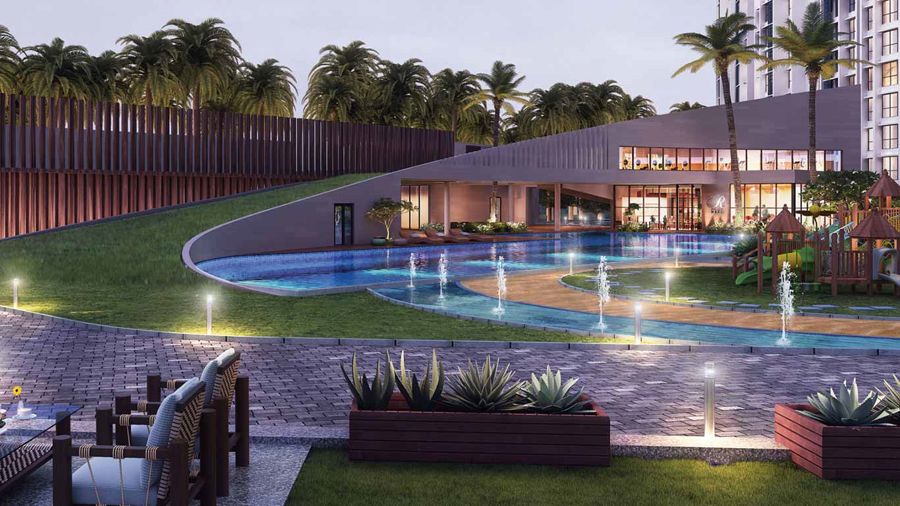 When a location in Mumbai holds the three aces of accessibility, affordability and appreciation potential and completes its hand with good social infrastructure and workplace hub integration, it can justifiably lay claim the coveted property investment hotspot tag. Kanjurmarg can – and does…

Mumbai, the financial capital of India, is legendary for its massive employment opportunities, and as a result, the city’s population has been on a constant rise. Previously, the island city was the dominant hub of commercial and residential developments.

However, over the last few decades, rising property prices and saturation of the island city has pushed real estate developments towards the suburbs and further along the peripheral areas. The biggest advantage for the suburbs to evolve as key real estate destinations is excellent connectivity through the suburban railway network.

The Saga of Mumbai’s Suburbs

Real estate activity in the western suburbs has increased substantially in the recent decades due to the establishment of commercial office complexes in the Andheri-Goregaon-Malad belt. Enhanced connectivity via the Western Express highway helped in the region’s development as a key office market of the city.

With the improving social fabric of the region, massive residential developments have cropped up in these areas. Presently, the western suburbs’ housing supply accounts for around 44% of the total addition in Greater Mumbai, and nearly 13% of the entire MMR.

Reputed developers such as Oberoi Realty, Lodha Group, Acme Housing and Omkar Realtors, among many others, have residential developments in the western suburbs.

In fact, Powai has evolved as one of the posher locations of the central suburbs due to the presence of the Hiranandani complex, which was developed on the walk-to-work concept for residents to live and work in.

With the saturation of these regions, Bhandup and Kanjurmarg are now transforming from pure industrial locations to mixed-use destinations featuring commercial and residential developments.

Chembur is also witnessing large-scale transformation with the conversion of slums and old developments into modern high-rise residential complexes.

The development of the Eastern Express highway, along with JVLR and the Eastern freeway, has significantly improved the connectivity to other parts of the city and aided the rapid transformation of the Central suburbs.

Currently, the central suburbs are the key contributors of new real estate developments, accounting for 45% of the supply in Greater Mumbai and around 14% of the entire MMR supply.

Newly-developed locations along the Central suburbs such as Kanjurmarg have an edge over other locations due to the presence of high-end residential complexes loaded with state-of-art modern amenities and facilities.

Reputed real estate developers such as Runwal Group, Kanakia Group, Lodha Group and others are developing residential projects in Kanjurmarg.

Kanjurmarg has excellent connectivity with the business districts of Thane, Powai and BKC as well as South Mumbai via LBS road, JVLR, Eastern Express highway, SCLR and the Eastern freeway.

It is also well-connected via the central line of Mumbai suburban railway network. Over the time, conversion of industrial land has helped in unlocking a treasure trove of land parcels for residential developments.

Abundant social infrastructure is another factor that has helped Kanjurmarg’s evolution as a residential hotspot in the city. Proximity to Huma Mall, R-City Mall and the high streets of Powai provide massive shopping and entertainment options for residents.

In a cost-intensive real estate market like Mumbai, questions of affordability without compromised social comforts and commuting convenience inevitably crop up in every home buyer’s mind. Kanjurmarg has ready answers to these questions.

The average property prices here are lower when compared to the nearby established locations of Powai, Mulund and Ghatkopar, and this has been a key determinant for its success and popularity among homebuyers.

Runwal Bliss and Runwal Forests in Kanjurmarg and Runwal Greens in Mulund were the key projects jointly marketed by ANAROCK property consultants and Runwal Group. These projects are witnessing excellent traction in the market and within a span of 90 days, ANAROCK and Runwal Group have sold 380 homes worth INR 562 Cr.

The attractive property rates in Kanjurmarg not only make purchasing a property a real possibility for a larger number of buyers, but also indicate significant scope for appreciation. As of Q3 2017, Kanjurmarg’s average prices highlighted cost price savings of 31%, 20% and 7% over Powai, Ghatkopar and Mulund respectively.

With its already excellent connectivity set for further enhancements with the completion of the metro rail lines connecting it to Andheri and Thane, Kanjurmarg can comfortably put many other contending real estate locations in the shade – now and in the future.

One Year Of Demonetisation: Real Estate Bruised, But More Resilient

What Skills Do Today's Real Estate Brokers Need To Succeed?