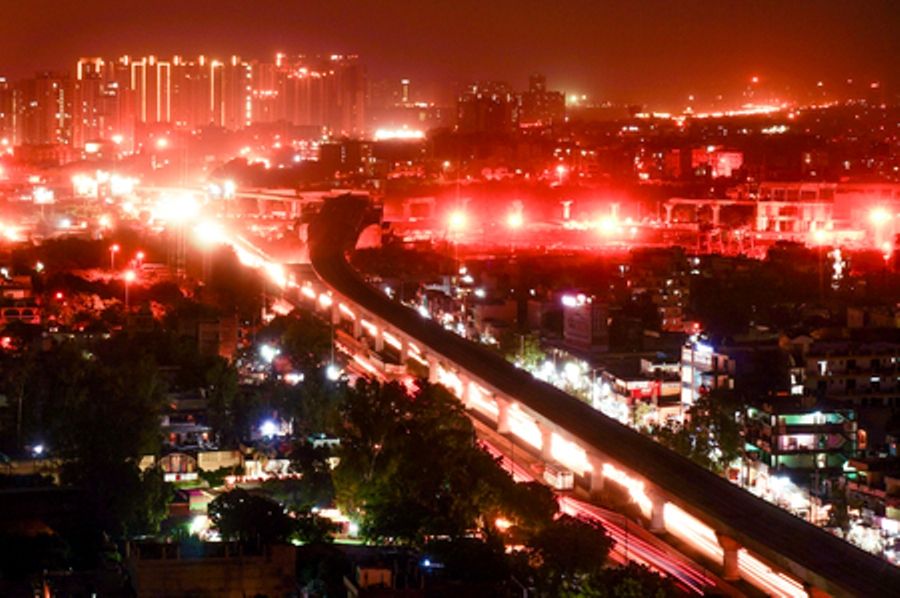 Real estate prices in Mumbai – India’s high-flying financial capital – are never out of the news.

From South Mumbai’s spectacularly pricey trophy properties to the chronically unaffordable price tags of what passes for mid-income and affordable housing in the city, there is no getting over, under, around or through the extremely high property prices in Mumbai.

Before we go into which parts of Mumbai can still reap decent returns on real estate investment, it is important to understand why the city was such an investment hotbed in previous years – and in fact still draws patient, well-capitalized investors.

Of course, the city’s extremely steep capital and rental values were (and continue to be) their primary incentive. There are several reasons for Mumbai’s exorbitant property prices – some are logical and have to be accepted as facts of life here, while others have more to do with unabashed market manipulations.

Its unique geographical attributes have been one of the leading factors influencing the astronomic property prices in Mumbai. Hemmed in as it is by water on three sides, the kind of circular development – growth which emanates outward from a starting focal point – which was possible in other cities was never an option in Mumbai.

In circular growth, more areas get added as development progresses. Instead, the only two types of spatial growth possible in Mumbai are linear – in one direction from the South to the Northern suburbs – and vertical. Both types of growth have their inherent limitations.

The long commuting time from the Prime South city center to the suburbs, coupled with far-too-gradual connecting infrastructure deployment, were the main factors behind the skyrocketing property rates in Mumbai’s prime city locations as well as the immediately adjoining areas towards the North – from Bandra to Juhu – and the South-Central markets from Byculla to Chembur.

Another major issue is that a huge chunk of Mumbai’s already chronically challenged land resources is locked in slums and buildings which crossed their ‘expiry dates’ ages ago.

For one reason or the other, this land is not getting deployed for development – or only in small dribs and drabs which are insignificant in market terms.

Efforts to rehabilitate slum dwellers in the Prime city centres have been largely unsuccessful, either because of lacklustre implementation or inability to bring the inhabitants of these slums – most of which are politically controlled – on board.

Government policies related to Ready Reckoner rates in Maharashtra have also played a part in driving up the city’s real estate prices.

In 2013-2015, the Government of Maharashtra increased Mumbai’s Ready Reckoner rates by as much as 15-20% – a massive increase for a city where property prices were already entirely on the wrong side of affordability.

The agonizingly slow deployment of critical infrastructure has resulted in the city authorities’ inability to open up new land parcels for development.

The slow progress on major projects such as the Mumbai Trans-Harbour Link (MTHL), Coastal Road network, the new international airport at Navi Mumbai and several additional phases of the Metro has negated most intentions towards decongesting Mumbai’s over-burdened central and suburban areas.

Not surprisingly, home buyers and renters hang on to their properties in established areas where they can benefit from relatively good transport infrastructure.

The upcoming locations which are being heavily marketed so not provide consummate advantages, and therefore find few takers. The end result is that prices in established areas remain super-high, even after corrections and discounts.

A too-high involvement of speculative investors always drives up housing rates – and never was investor activity higher than in Mumbai till just a few years ago.

NRIs constituted a huge chunk of these investors, and in most cases, they earned enough in their jobs abroad not to be deterred by prices which were considered exorbitant in India.

NRI investors were attracted both by the higher ROI which Mumbai properties offered than the foreign cities where they lived and worked and – once they returned to India – because Mumbai offered them something close to the lifestyles they had grown accustomed to abroad.

(Those who live in the city’s far-flung suburbs or the congested inner suburbs would have understandably disagreed with this reasoning – but not those who could afford to buy properties in the central, prime locations).

Mumbai’s developers had made wooing NRI and PIO investors a major part of their marketing outreach and had even opened offices in the target countries to that end, often managing to offload 50% or more of their inventories to such cash-rich investors before local brokers got so much as an inkling of what was going on.

Most Indians continue to harbour aspirations to live and work in one of the developed Western countries in the quest for better earnings and an improved lifestyle.

Obviously, only Indians who have had the benefits of advanced education and skills can consider this as an option – those who do not have these advantages, the only workable alternative is to make a beeline for large metropolitan cities like Mumbai which offer almost double the per-capita than the national average.

Obviously, given the city’s strained infrastructure and other limitations, moving to Mumbai is not a lifestyle choice as much as an economic necessity for such people; in any case, necessity-driven inward migration is a constant which is highly resistant to change in Mumbai.

This provides landlords with more than enough justification to retain an unrelenting hold on the high property rental rates.

Mumbai has been India’s commercial and financial capital for over a hundred years and has acted as a magnet for India’s highly-educated population for at least that long.

Many of Mumbai’s current inhabitants are second or third generation residents who have split off into nuclear families and are in constant need of additional housing. They come from long-standing Mumbaikar roots, already own homes in the city and also well-entrenched in their careers; as such, they are not as deterred by Mumbai’s high housing prices as outsiders.

Many of them prefer to sell their homes in the prime areas of Mumbai and use the leveraged proceeds to acquire a couple of apartments in sub-prime locations to house two families. In short, there is a constant demand from Mumbai’s local population – a fact which historically reflected on the city’s housing rates.

To a backdrop of the incessant demand for more rational property prices in the financial capital, the above factors can nevertheless not be denied or dispensed with.

When the prices began from such a high base, be it artificially induced or logical, the fundamentals that drove up residential property prices in Mumbai were the basis for the city’s developers’ apparent powers to defy gravity and keep property prices so steep.

And more importantly – despite the gloom-and-doom analyses and prediction, sales to end-users continue to happen for the above reasons. But what about sales to investors? That is another story altogether.

Many of the recent developments on the real estate front have caused most of the previously gung-ho property investors to evaporate – but they are still around, and are waiting for things to improve.

At an India-level, the ratio of end-users vs investors currently stands at 70:30, while five years ago it was 55:45. For better or worse, this figure will improve once the disruptive policy changes and negative sentiment give way to greater confidence and better returns.

For now, most real estate investments in Mumbai are happening in specific areas which have the right fundamentals for both current and future ROI growth.